​The seventh grade year is an integrated study of world history, beginning with ancient Greece and continuing through global exploration. All four social studies strands are used to illustrate how historic events are shaped by geographic, social, cultural, economic and political factors. Students develop their understanding of how ideas and events from the past have shaped the world today.

1. Historians and archaeologists describe historical events and issues from the perspectives of people living at the time to avoid evaluating the past in terms of today’s norms and values.

2. The civilizations that developed in Greece and Rome had an enduring impact on later civilizations. This legacy includes governance and law, engineering and technology, art and architecture, as well as literature and history. The Roman Empire also played an instrumental role in the spread of Christianity.

A THOUSAND YEARS OF HISTORY. EXPERIENCE THE PEOPLE. THE EVENTS AND ACHIEVEMENTS. THAT SHAPED THE WORLD: www.cnn.com/SPECIALS/1999/millennium/

MILLENNIUM offers a panoramic sweep over the last 1,000 years and the people, events and achievements that shaped the world.

The 10, one-hour episodes of MILLENNIUM are extraordinary in their range of vision and compelling in their presentation. Yet MILLENNIUM is neither chronological nor all-encompassing. Instead, it is eclectic, a pastiche of things great -- or small -- that sculpted the world.

Inspired by Felipe Fernandez-Armesto's book, "Millennium," and filmed in 28 countries, the series is as geographically far-ranging as the world it covers. Its producers and crews spent more than two years and traveled 100,000 miles gathering footage. MILLENNIUM reconstructs the visual images of past ages using this footage, along with vivid re-enactments and computer-generated graphic animation.

MILLENNIUM is peopled with the interesting and the provocative, among them: Native Americans who built canyon housing complexes and Ethiopians who carved churches from solid rock in the 12th century; Genghis Khan, whose 13th century Mongol warriors conquered and united central Asia; Timur, who rose from sheep-stealer to conqueror and expanded Islam's empire in the 14th century; Christopher Columbus, whose 15th century voyage changed the world; African slaves taken from their homeland to serve the Americas' new colonies in the 17th century; French explorers who endured the Arctic's cold in the 18th century; Charles Darwin, whose theories of evolution challenged the 19th century's religious certainties; and the 20th century's superstars, including Charlie Chaplin and Princess Diana.

Woven into MILLENNIUM's tapestry are details that will probably surprise and may enlighten. Eleventh century China had printing, gunpowder and the waterclock. One thousand years ago, two Japanese women wrote two of the world's greatest books, "The Tales of Genji" and "The Pillow Book of Sei Shonagon." In the 15th century, Chinese Admiral Zheng He's naval fleet boasted the largest wooden ships ever built. In 18th century France, the game of chess symbolized revolution because a pawn can capture a king. 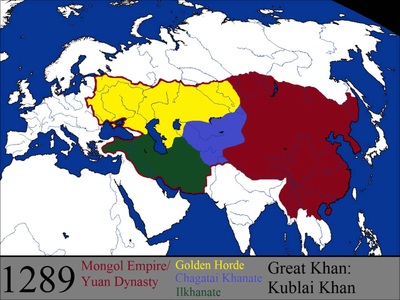 4. Mongol influence led to unified states in China and Korea, but the Mongol failure to conquer Japan allowed a feudal system to persist.

Resource: The Japanese Project  (Fuedalism)
Resource: History.com - Samurai and Bushido
Resource: PlayBuzz - Who Would You Have Been In Feudal Era Japan?
Resource: Welcome to Edo!
Resource: globaled.org - The Japan Project, Lesson 20 Feudalism 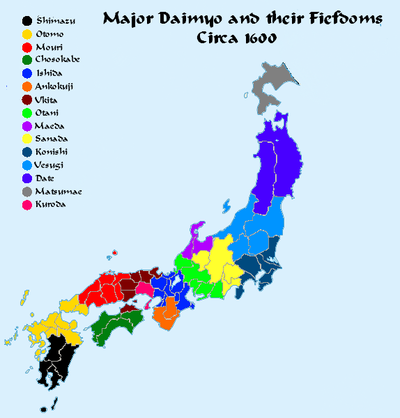 5. Achievements in medicine, science, mathematics and geography by the Islamic civilization dominated most of the Mediterranean after the decline of the Roman Empire. These achievements were introduced into Western Europe as a result of the Muslim conquests, Crusades and trade, influencing the European Renaissance

The Age of Exploration

10. European economic and cultural influence dramatically increased through explorations, conquests and colonization.
Resource: NEH, EDSITEment - What Was Columbus Thinking?
​Resource: The Ages of Explration - The Mariners' Museum and Park
Resource: The Conquistadors
Resource: NEH, EDSITEment - ​Aztecs Find a Home: The Eagle Has Landed
Resource: All About Explorers *A great resource to teach digital literacy and it may even catch a few unprofessional teachers who do not spend enough time researching their resources!

Description: All About Explorers was developed by a group of teachers as a means of teaching students about the Internet and digital citizenship. Although the Internet can be a tremendous resource for gathering information about a topic, they found that students often did not have the skills to discern useful information from worthless data. All About Explorers has a series of lessons for elementary age students in which they can learn that that just because it is out there for the searching does not mean it is worthwhile.

View full lesson: http://ed.ted.com/lessons/history-vs-...
Many people in the United States and Latin America have grown up celebrating the anniversary of Christopher Columbus’s voyage. But was he an intrepid explorer who brought two worlds together or a ruthless exploiter who brought colonialism and slavery? And did he even discover America at all? Alex Gendler puts Columbus on the stand in History vs. Christopher Columbus.
Lesson by Alex Gendler, animation by Brett Underhill. 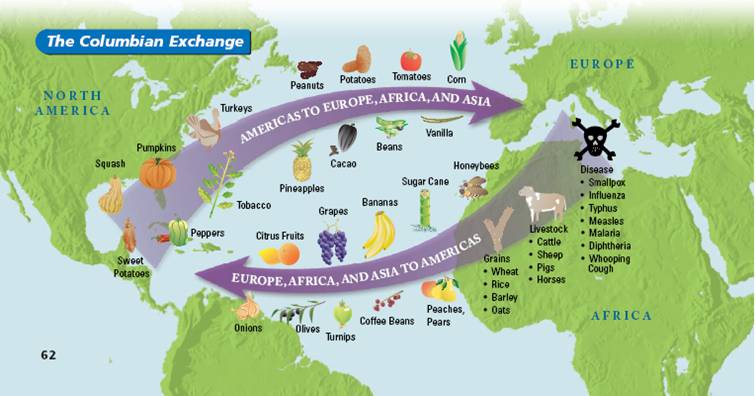 The History of the World's Civilizations in 2 Minutes

13. Geographic factors promote or impede the movement of people, products and ideas.

15. Improvements in transportation, communication and technology have facilitated cultural diffusion among peoples around the world.

We explain Cultural diffusion on the silk road.

​Created using mysimpleshow &ndash; Sign up at http://www.mysimpleshow.com and create your own simpleshow video for free.

16. The ability to understand individual and group perspectives is essential to analyzing historic and contemporary issues.

​What is Civic Engagement?

​Civic Engagement happens any time someone takes action to better their community and encourages others to do it, too. Learn more about the basics of Civic Engagement and how you can engage in your community as a civic leader! This film was produced by the Presidential Precinct with support from the University of Virginia's Bicentennial. A special thanks to Next Day Animations. From the birthplace of modern democracy, the Presidential Precinct engages and inspires emerging leaders to address the most pressing challenges in their countries. The Presidential Precinct unites five prestigious institutions, offering leaders the combined academic resources of two of America’s premier public universities: William & Mary and the University of Virginia, and the rich history of three historic sites: James Madison’s Montpelier, James Monroe’s Highland, and Morven Farm.

17. Greek democracy and the Roman Republic were radical departures from monarchy and theocracy, influencing the structure and function of modern democratic governments.

Resource: To Be or Not to Be Democratic

18. With the decline of feudalism, consolidation of power resulted in the emergence of nation states.
Resource: NEH, EDSITEment - Magna Carta: Cornerstone of the U.S. Constitution

​The Story of Magna Carta

​Why did King John seal Magna Carta at Runnymede in June 1215? And what happened next?
This animated film tells the history of Magna Carta and explains how it has become a global symbol for Human Rights.
Created by the Guy Fox Team as part of the 'Happy Anniversary, Magna Carta!' project, which was funded by the Heritage Lottery Fund and supported by an army of volunteers.

What is Magna Carta?

​Why is this old piece of parchment considered to be such a powerful symbol of our rights and freedoms? Narrated by Monty Python’s Terry Jones, this animation takes you back to medieval times, when England under the reign of Bad King John. It asks why Magna Carta was originally created and what it meant to those living in the 13th century.

Find out more about Magna Carta at the British Library’s website – http://www.bl.uk/magna-carta

Magna Carta and the Emergence of Parliament

Find out how and why Magna Carta was sealed in 1215 and the important role it played in the story of the emergence of Parliament and the journey to UK democracy.

19. Individuals, governments and businesses must analyze costs and benefits when making economic decisions. A cost-benefit analysis consists of determining the potential costs and benefits of an action and then balancing the costs against the benefits.

View full lesson: http://ed.ted.com/lessons/the-psychol...
Often people make decisions that are not “rational” from a purely economical point of view — meaning that they don’t necessarily lead to the best result. Why is that? Are we just bad at dealing with numbers and odds? Or is there a psychological mechanism behind it? Sara Garofalo explains heuristics, problem-solving approaches based on previous experience and intuition rather than analysis.
​Lesson by Sara Garofalo, animation by TOGETHER.

20. The variability in the distribution of productive resources in the various regions of the world contributed to specialization, trade and interdependence.
Resource: Effects of the Silk Road

​View full lesson: http://ed.ted.com/lessons/fresh-water... Fresh water is essential for life -- and there's not nearly enough of it for the world right now. Why is that, and what could we do? Christiana Z. Peppard lays out the big questions of our global water problem. And no, shorter showers are not the answer. Lesson by Christiana Z. Peppard, animation by Jeremy Collins.

21. The growth of cities and empires fostered the growth of markets. Market exchanges encouraged specialization and the transition from barter to monetary economies.

TED-Ed: How does the stock market work? - Oliver Elfenbaum

​Download a free audiobook version of "The Richest Man in Babylon" and support TED-Ed's nonprofit mission: https://www.audible.com/ted-ed Check out our full book recommendation: https://shop.ed.ted.com/products/the-... -- In the 1600s, the Dutch East India Company employed hundreds of ships to trade goods around the globe. In order to fund their voyages, the company turned to private citizens to invest money to support trips in exchange for a share of the profits. In doing so, they unknowingly invented the world’s first stock market. So how do companies and investors use the market today? Oliver Elfenbaum explains. Lesson by Oliver Elfenbaum, directed by Tom Gran & Madeleine Grossi.